It’s a cool and rainy April evening here. I don’t mind the extended winter. When the triple digit summer days come I long for cooler days! The hubs and I are enjoying an easy going evening so I thought I would write down some memories from the past month, whether just moments at home or actual outings.

Rachel is in neck-deep in terrible twos. She spends her days either making loud demands or throwing tantrums. She’s a second child, so thankfully by now I know it won’t last forever.

She is also crazy. Have I mentioned this before? Crazy, and with an ultra high pain tolerance. She’s sporting some pretty large bruises these days. Mother of the year here didn’t even know how she got this awful bone bruise on her shin (she got another identical one of the other shin a few days later too). Part of the problem is that she doesn’t cry when she injures herself. The other part of the problem is that she has ZERO FEAR of hurting herself. And she moves ninja-fast.

Last night, while sleeping, she managed to give herself a black eye. She told me this morning that she bumped her eye on her bed. There were no tears in the night. Sigh.

In short, Rachel looks like an abused toddler. (But I assure you she is not!)

Josh got a trip on the train as a gift for his birthday last month from Grandma and Grandpa. We traveled with Grandpa on the train while Grandma babysat Rachel. Josh loved every second of it! We ate lunch and then turned around and took the train home. Perfect outing for a 4 year old. 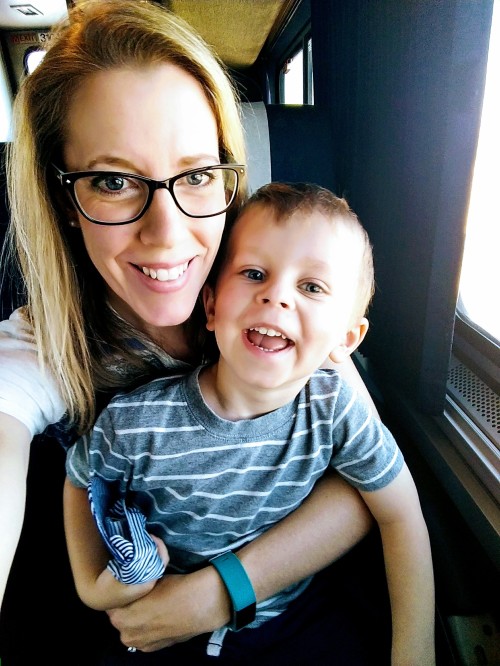 Lawn mowing, weed eating, pull weeds, REPEAT. I wanted to live where we had more space to run around and play, and I love it here! It is a lot of work, though. My hubby gets really bad asthma from just being outside this time of year, so it’s up to me keep up the yard work. Good thing I like yard work!

I dug a ditch two weeks ago in the front yard. We got a ton of rain and the water was coming up against the foundation of the house. So, I dug a ditch to put in a french drain (the drain still isn’t in….). It definitely helped with the next storm we had. (Ahem… so did unclogging the downspouts on the gutters. Next time I know to make sure to check that *first.*) 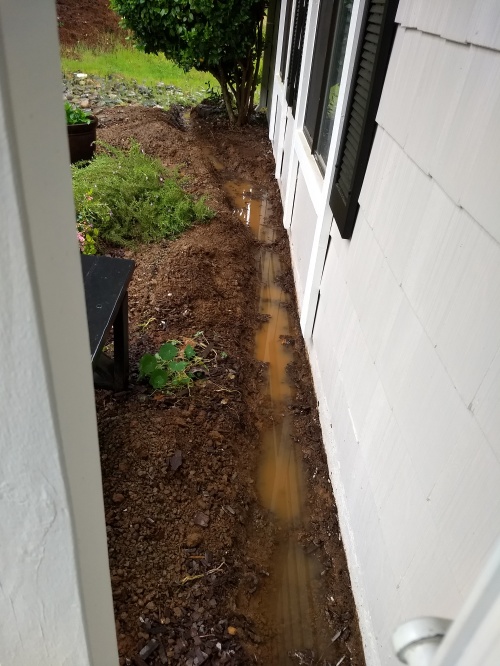 Every now and then, Rachel slows down enough to enjoy about 3 minutes of snuggle time with Mommy. She ONLY slows down if she has her paci and blankie. 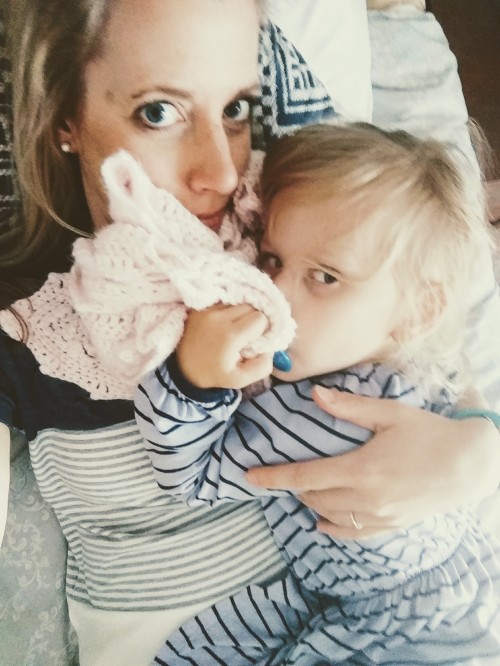 Josh: Can you take my picture with Dad, Mom?

This kiddo just adores his Daddy. The hubs was gone for a week helping to rebuild houses in Texas after Hurricane Harvey, and this little boy sure did miss all the creativity and fun that his Daddy brings him. They build some really cool things together (things I would never think of). Josh’s ideal day would be just getting to stay home with his Daddy, with no one else around. He loves one on one time. 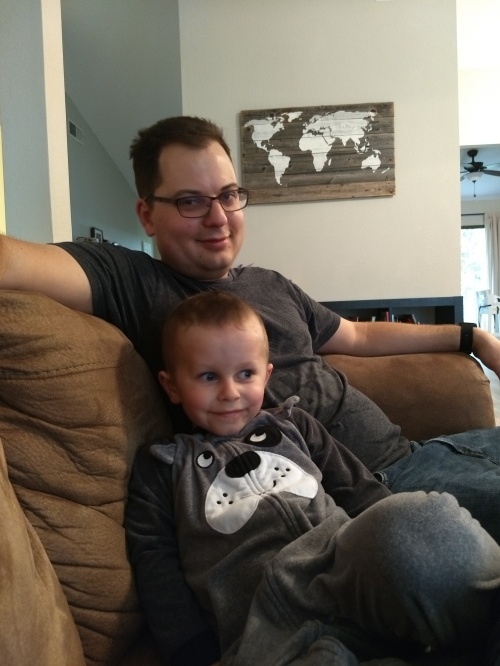 Last but not least, I leave in a week or so for my consultations with the endometriosis specialist surgeon and general surgeon. I had an MRI done on my right shoulder and cervical spine to rule out other causes of shoulder pain. My MRI results did show that I might have some bursitis in my shoulder. (I wouldn’t doubt it – I had a bad injection done a few years back in that shoulder and I’m pretty sure the nurse actually injected TdAP into my bursa – it hurt for months after.) It hurts occasionally there but it’s pretty mild and I’m pretty sure that the shoulder pain I’m experiencing is not related to that at all.

I gave away all my baby stuff, and to my surprise I felt better after doing that. I’m coming to terms with getting a hysterectomy, if necessary. Like I’ve mentioned previously, I’m pretty sure I have diaphragmatic endo, and I want to make sure it doesn’t turn into thoracic endo (endo in the lung cavity). A hysterectomy won’t prevent that from happening (because I’ll have to take hormone replacement since I’m still in my 30’s) but I do think it’ll help slow down the endo growth and help reduce pain. I’ve been thinking about the possibility of getting a hysterectomy since before I even had kids and can’t believe how hard of a decision it is for me to make!

I’ll update after my consultation!